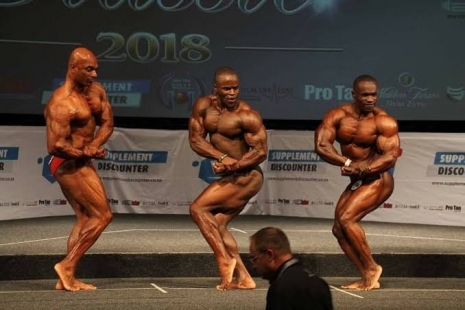 Bodybuilding athletes have demanded clarification from their mother body- Weightlifting and Bodybuilding Association of Malawi (WABAM) on prizes to be won at the Mr. Malawi National Competition.

The athletes converged at Fitness Factory Gym in Lilongwe on Monday to bang heads prior to the event which is slated for October 30. They are, meanwhile, waiting to hear from WABAM executive.

One of the key organisers, Brave Mwangonde, said the bodybuilders want the association to come our clearly on the arranged winning prizes.

“We need WABAM to connect with other international bodies and make public the prizes before the athletes hit the stage for the competition. As of now, there are doubts on the availability of funds.

“The athletes are extremely demoralised, hence not sure of what to get as prizes. The choice on venue should also be clarified because it affects logistics for the participants. The affiliation fee is also too high given that not all athletes can afford,” Mwangonde said.

He further threatened that no athlete would participate in the event if the WABAM executive does not come out clear on the issues raised.

“The association executive must award prizes from position one to ten and not the current situation, where prizing stops at position three,” he urged.

On his part, Mr. Malawi 2016, Patrick Mhango, blamed the association for failing to secure sponsorship.

“The association should bring their ego down to accept their failure in securing sponsorship. Dates are running close, let them ask for help and be creative so that they can raise funds.

“The association should comprise active members with focus on bodybuilding rather than personal businesses. Furthermore, they must engage gym owners on sponsorship activities because they are the ones that are close to athletes and sponsors,” Mhango said.

One of the bodybuilders, Thokozani Chagwirampeni, appealed to WABAM executive to be transparent with athletes and be able to motivate them to make the sport attractive.

He added that promoting competition winners by branding them ambassadors of different institutions was another way of making the sport tick.

In her response to the accusations by the athletes, WABAM’s General Secretary, Doreen Kumbatira, assured them of getting sponsorship, saying the body was on the ground to get the same.

“The funding we receive is not enough to run an event; we are working around the clock to raise money for the event. These complaints are genuine but athletes should swallow their pride and understand us.

“If we get more funding and sponsorship, the prizes will go up. Now WABAM has confirmed that the competition will take place at the same venue-Kuhes Sports Complex in Blantyre.

“We urge athletes to pay the annual membership fee as a standard on the international stage,” Kumbatira appealed.