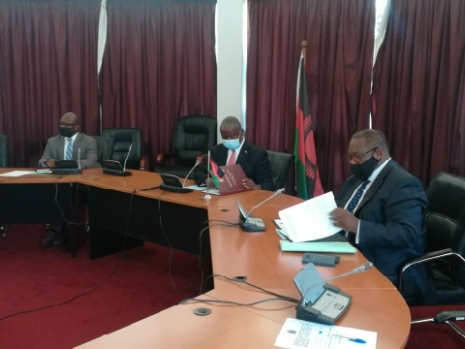 Minister of Finance Felix Mlusu is holding a press conference in Lilongwe to update the nation on the International Monetary Fund’s (IMF) Extended Credit Facility ECF.

Mlusu says Government is negotiating with the Fund for Malawi to access the facility.
He adds that though some issues have emerged in the discussions with IMF, Government is working hard to resolve them to ensure that Malawi has a programme with the IMF.
He is accompanied by Reserve Bank Governor Wilson Banda and Secretary to the Treasury, Chauncy Simwaka.
Share
Facebook
Twitter
Pinterest
WhatsApp
Previous articleWitnesses testify in K1 billion NBS fraud
Next articleChilima Implores Public Procurement Specialists to Prioritise Local SMEs
- Advertisement -